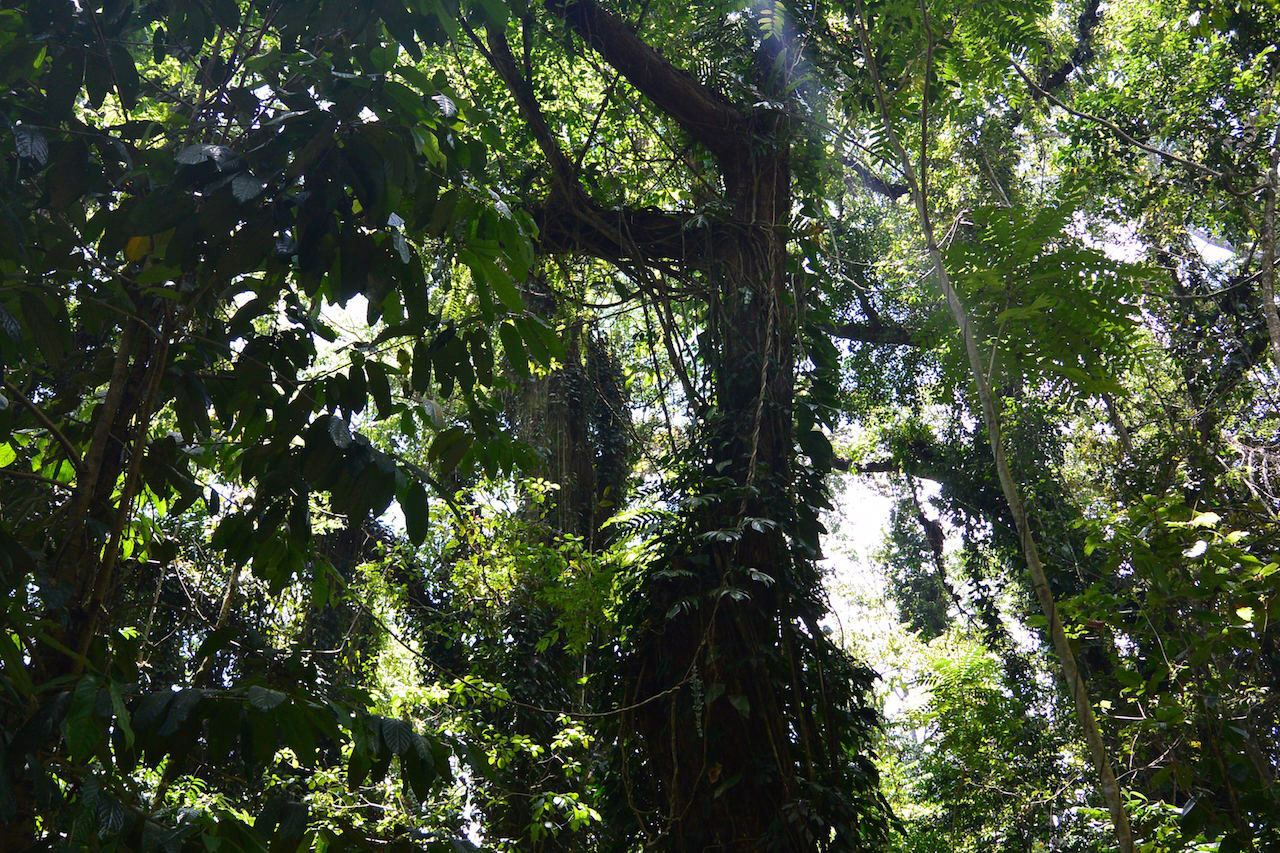 The first botanic garden in Papua New Guinea was established by the German administration in Rabaul in the early 1900s and was regarded as one of the most auspicious reserves in the tropics. Australia further developed this site after the annexation, however the 1937 volcanic eruptions followed by the events of the Second World War brought about the complete destruction of this fine garden.

The Forest Botanist John S. Womersley began development of the present garden in Lae, now known as the National Botanic Garden, in 1949. The site evolved in conjunction with the National Herbarium to provide a consolidated centre of botanical research. The National Herbarium was constructed to house the nation’s collection of preserved plant specimens whilst the National Botanic Garden was built to create an area where the country’s living collection of flora could be displayed. The gardens and herbarium are considered to be an integrated unit for conservation, education and recreation with each facility regarded as essential to the other’s success.

The original site, located in close proximity to the Commonwealth War Cemetery consisted of approximately 26 hectares of land (64 acres), but further clearings of a postwar coconut plantation and some areas of forest adjacent to the escarpment increased the area to its present size of 56 hectares (138 acres). During the 1950s, permanent buildings and a nursery were established, and propagation and cultivation of both indigenous and exotic plants intensified. Several trial blocks of timber tree species were planted within the lower portions of the site for scientific research. Towards the later part of the 1950s, Diddyman Creek was modified and various ponds constructed and planted with waterlilies and riparian flora. In subsequent years animal cages, enclosures and displays were also built. The garden rapidly developed into a major tourist attraction and an attractive recreational area for residents of Lae.

Throughout the 1960s and 1970s the site was renowned both nationally and internationally as one of the most attractive botanic gardens in the South West Pacific. The site helped Lae obtain its title as the ‘Garden City’ of Papua New Guinea, with this reputation helping to attract many visitors to the city.

Unfortunately by the early 1980s funding for the botanic garden began to decline abruptly. The number of office staff was reduced from eight in the beginning of the decade, to zero by 1994. The numbers of labourers in this period was also drastically reduced from 50 to 13. The site deteriorated significantly during this period obtaining a dubious reputation. As a result of this neglect much of the infrastructure and facilities are now in need of repair, plant species need to be recollected and displayed and substantial groundwork is required.

Due to concerns for safety, the gardens were closed in the mid-1990’s and suffered further degradation. A redevelopment programme of the National Botanic Garden was started in 1995. It included fencing of the main garden area, major landscaping work to improve the drainage of the area, construction of public amenities area, children’s playgrounds, shade houses for display of the country’s rich flora and various smaller projects. The above activities were controlled through a Garden Management Committee comprising various sectors of the Lae city community.

In the late 1990’s, the Lae community and Forest Research Institute engaged an Australian Volunteer, Mr. Rod Spivey, who led a push to re-open the gardens in 1999. It was at this time that the RAAF DC-3 was moved from the PNG Defence Force Igam Military Barracks. Unfortunately, due to a lack of resources, the gardens once again closed in 2000.

In 2014, a renewed push began to revive the treasured, but somewhat crumbling gardens. It began in 2014 as the National Botanic Gardens (Lae) Advancement Program, orchestrated by Friends of the Lae Botanic Gardens (FOLBG), including Swire Shipping and LCCI in partnership with FRI. Through the involvement of several business sponsors, this program has achieved great success in revitalizing the gardens and celebrated an Open Day on 6th November 2015. You can learn more about the Advancement Program here.